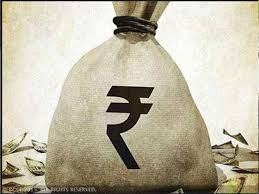 PUNE: Four software engineers, who had taken Rs 40 lakh from a retired army officer to start their own venture, returned the money last week after an intervention from the city police’s senior citizens’ cell.

The 68-year-old, who had retired as a major from the Indian Army, claimed the techies had taken the money from him 2016 but had defaulted on the promise of handsome returns — Rs 2.5 crore annually. The retired officer alleged the four software engineers, all of them in their late 20s — did not pay him anything despite themselves leading a lavish lifestyle. He said he was forced to approach the police after several futile requests to the techies.

The senior citizens’ cell received his application on January 20. Inspector Swati Thorat, of the senior citizen’s cell, along with constables Jayashree Jadhav, Anil Chanukswar, Gajanan Sonwalkar and Baban Borhade then conducted four counselling sessions with the techies over a period of nearly six months. Last week, after one of the sessions, the techies agreed to return the money. “Within half-an-hour, the techies transferred the money to the bank account of the retired army officer,” Thorat said.

When contacted, one of the techies said the matter was resolved and refused to talk further.

The elderly man is a resident of Sinhagad Road and he lives with his family members, including a 40-year-old son who too is a software engineer. The four techies had approached him with an investment proposal through a common friend in 2016. They wanted to develop a mobile application for the designing of software products and cellphones.

Police said the four techies are residents of the Narhe-Ambegaon area. “By promising hefty returns, the techies convinced the retired officer to invest Rs 40 lakh in their start-up,” Thorat said.

The elderly man invested all his savings and waited about eight months for the start-up company to begin operations. The company, however, never took off and the complainant was in the dark on the status of the mobile application. After waiting for months, he questioned the techies and when he got no satisfactory response, he approached police, Thorat said.

Police then sent summons to the techies and the issue was resolved through counselling. The retired officer said he was relieved to get his money back and vowed never to invest in any start-up again