She is my senior officer. When I see her at work, I salute her. Once we enter our home, we slip into our roles of father and daughter. We have never taken work or discussed work-related topics at home.”

For a parent, seeing their offspring do well and prosper brings immense joy. This is a story of a father-daughter duo who will leave you with a smile.

On Sunday, Deputy Commissioner of Police, A R Umamaheswara Sarma, was on duty at the public meeting of Telangana Rashtra Samithi (TRS) at Kongara Kalan, in the outskirts of Hyderabad, Telangana. At the same venue was Sindhu Sarma, Superintendent of Police, Jagityal district. Sindhu was in-charge of ensuring the safety of women gathered at the event.

At the event, Umamaheswara saluted his daughter, who happens to be his senior, by rank.

In an exclusive conversation with The Better India, Umamaheswara said, “She is my senior officer. When I see her at work, I salute her. Once we enter our home, we slip into our roles of father and daughter. We have never taken work or discussed work-related topics at home.”

He adds, “At home, there is only one boss, and that is my wife; Sindhu’s mother. Nothing runs in our household without her approval.” 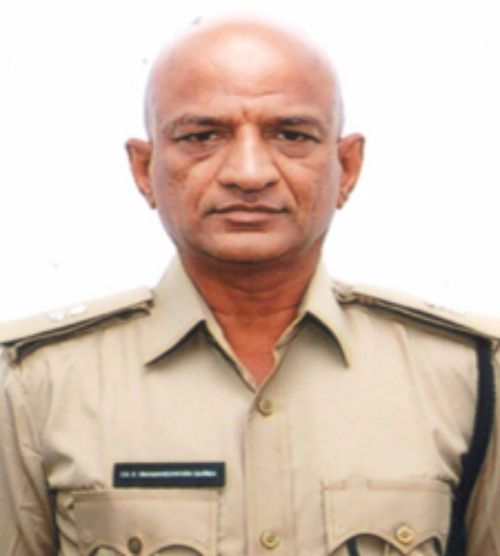 When asked about it, he says, “This is the first time we have come together while doing our duties. Our relationship is completely different on duty and at home. A student of law, I was most happy when Sindhu decided to pursue a career in the service after her graduation. She has always been a very affectionate girl.”

He continues, “At home, I am a doting grandfather to Sindhu’s son, while she dons the cap of a mother just as easily as she does her uniform.”

Umamaheswara began his career as sub-inspector in the police department in 1985 while his daughter, Sindhu became an IPS officer in 2014. In her four years of service, this was the first time that both father and daughter were posted at the same venue.

For Umamaheswara, who is going to retire in a year, this is certainly a memory that he will cherish for the rest of his life.