Playing games at any age, including during retirement, is healthy for the mind and body

Playing games at any age, including during retirement, is healthy for the mind and body. They can keep the brain active, encourage social interaction, and even help to prevent Alzheimer's disease and dementia. While everyone has a different idea of what they like to play, games that are neither too boring nor overly complex are ideal for seniors. 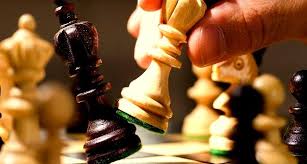 Board games are another great way to interact with other seniors. Make sure the games you pick are easy enough to play and have large letters that are easily read.

Backgammon can be played by two players and is one of the oldest board games in the world.

Scrabble is a tiled word game for two or more players that will challenge vocabulary skills.

Go is a board game of Asian origin that shares many similarities with Othello and Reversi.

Chess is a timeless classic that challenges players to think several steps ahead of their opponents.

Chinese checkers, curiously invented in Germany, is a great game for up to six players to enjoy.

Trivial Pursuit tests the knowledge and memory of players across six diverse categories.

Hive is a terrific abstract game that is easily played on any flat surface.

Many people have played card games their entire lives, so continuing to play will enhance spirits and activate memories.

Pinochle is a popular senior card game with many variations.

Bridge is another card game that will help to keep the mind sharp.

Canasta was popular in the 1950s, making it a hit among today's seniors.

Rummy is one of the most popular games in the world and is good for two to four players.

Cribbage is so well liked, it even has a membership club.

Chinese poker is a fun variation with 13 cards organized into three poker-style hands.

Solitaire is a lifelong favourite card game with numerous variations.

Fun Games to Play in Groups 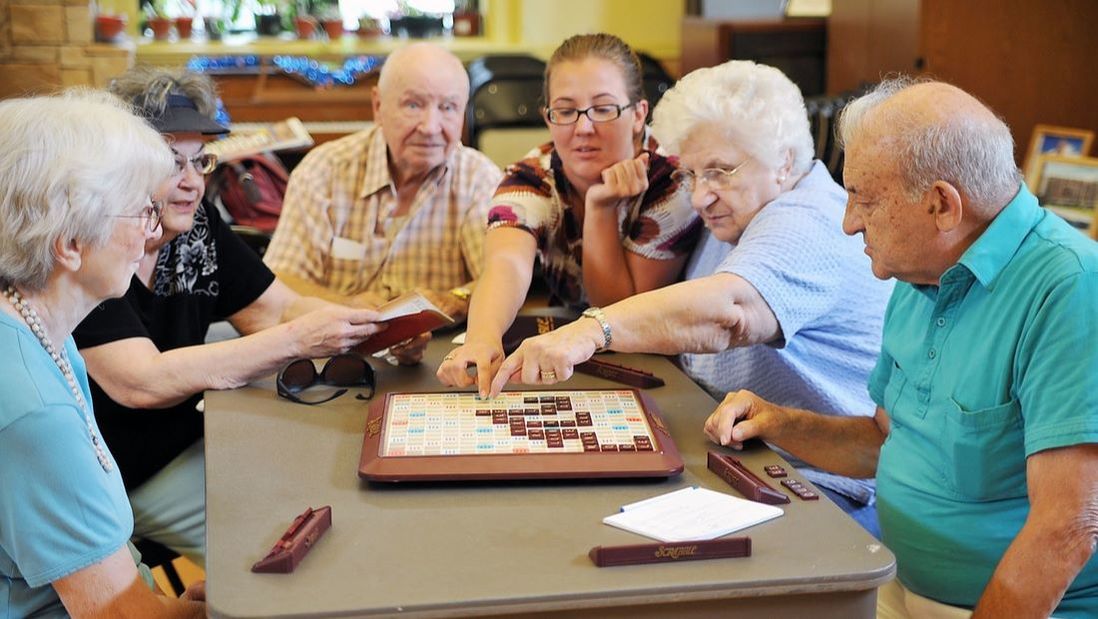 Social isolation can be a damaging problem among the older population. This is why multiplayer games are encouraged.

Mahjong is a tile game for four players, all of whom are vying to create the best possible hand to win.

Bingo is an old favourite that has always been popular with seniors and in casinos. It's both interactive and exciting. Many great bingo sets are available that cater to seniors.

Dominoes is a tile-based game with numerous variations and is played in city parks all across the country.

Boggle is a fast-paced word game that is more accessible than Scrabble and more easily enjoyed in larger groups.

Yahtzee is a simple dice game that borrows some elements from basic poker hands.

Bocce is a relaxing outdoor game that players of every fitness level can enjoy.

Quoits is a ring toss game that will elicit memories of visits to the local carnival. Sudoku is a number-based puzzle game that appears regularly in magazines and newspapers.

Match 3 games, like Candy Crush Saga, are available on a variety of devices, including PC, iPhone and Android.

Jigsaw puzzles are great to have around for seniors. You can start one on the coffee table or at a senior center and work on it anytime.

Word search puzzles offer hours of fun whether they're played online or in a more traditional pen-and-paper format.

Word jumbles can prove to be real brain teasers while still being accessible to most players.

For many people in their golden years, time spent alone can be difficult, especially when a spouse passes away or when community involvement is cut back due to mobility. By organizing weekly or monthly events with fun games and activities, seniors can keep connected and active. Promote them through church groups and senior centers, welcoming anyone who wants to play or even those who just to watch as spectators.​